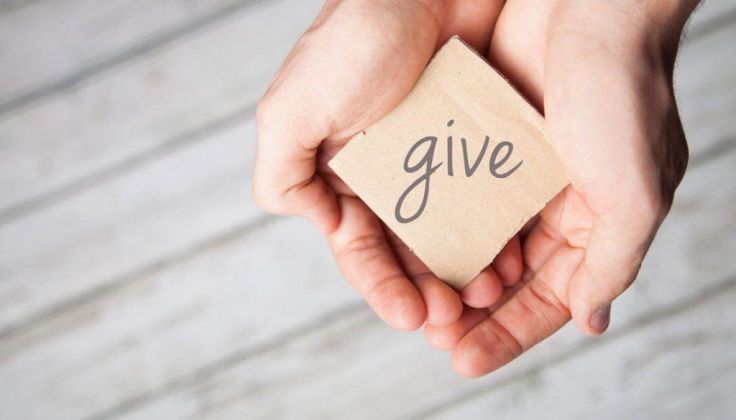 Last year in our selgroup / homesel we started a series on tithing and offerings called “The Blessed Life” by Robert Morris. It opened our eyes to the blessing of the act of tithing!

I started tithing immediately. Once you’ve watched the series everything you thought you knew about tithing is nothing compared to what you actually learn in the series.

When you work out your budget at the start of the month, you’ll find that there’s rarely actually enough to give a tenth of what you have to the church, but for some reason, the moment you give the tithe FIRST, you’re somehow left with more than enough at the end of the month, with the same budget and expenses… it makes no logical sense, but we serve a God of multiplicity! (Be warned though… your faith will be tested to the max. Just trust God’s promise.)

God spoke to me about generosity as well which is part of the series. He said to me: “From now on, when you tithe, you will also give an extra amount over and above every tithe as a sign of generosity.”

I started giving over and above and started being even more generous in different scenarios as the Holy Spirit lead me. A few extra bucks to the car guards… etc.

One morning I had breakfast at a cafe in the hospital while waiting for my girlfriend to come out of surgery removing her wisdom teeth. There was a waitress there who didn’t really smile or look too happy. God said: “Give her a R50 tip.” At first I was hesitant as my breakfast almost cost the same. None the less He repeated… “Give her a R50 tip.”

At the end of breakfast I worked out an extra R50 and wrote “Jesus Loves You!” on the bill next to her name. At first she didn’t notice until I was busy with the card pin. She just said: “Oh, thank you!” I replied saying: “You must know… He sees your heart and He sees your smile.”

With that I finished up, got up and walked away. As I was walking away I caught a glimpse of her at the till smiling ear to ear. I had just made her day with one small act of kindness. What an amazing feeling I thought. I carried on walking, not looking back… not making a scene of it… I just vanished.

I thought of all the times Jesus did miracles and disappeared in the crowd, being the instrument to God’s work, giving Him all the glory. That feeling made my day.

The same Sunday I got to my keyboard just before the church service started and found a note on my music stand with my name on it and the person’s who gave it to me. I only looked at it much later. At first I thought it was a note with something to discuss. I only looked at the contents inside when I got home.

I had been used to giving and used to wanting to make a difference, but receiving a large amount like that out of nowhere was new to me. There was no message, no explanation. Just the money and “With love…” I honestly didn’t know what to do with that information. I paced up and down the house for about half an hour trying to make sense of it. I didn’t desperately need it. All my expenses were covered for the month. This person didn’t know what was happening with my finances. I just had to find out what the money was for… Their reply: “Just because you are you”. I praised God and fell to the floor in thankfulness.

I then remembered at one point asking God to somehow help me to recover all the money I was giving away. It felt great but also knew that it was adding up… and here this money was. For me. For no reason. Much more than I had given out of generosity…

God reminded me of how many times I prayed to live in abundance. He said: “This is abundance. You have enough, but I provide you with more.”

Out of every financial victory I can talk about this one has to be the most astonishing, amazing, awe inspiring story to tell. All within one week of being generous. I gave my tithe of that gift and of course a little extra out of generosity as well.

If there’s anything I’ve learned from this is that money is no problem to God. He owns all the precious stones and metals you can think of. His streets are paved with gold. Paper is not an issue for him. Trust Him in your finances! Pay your tithe FIRST before spending a sent on anything else, be generous and give… God will provide, in more ways than one! Never let money stand between you and God. Live a blessed life, give, and open the heavens of blessings over you and your family.

Jesus Christ is Lord of all lords.